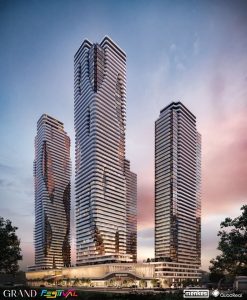 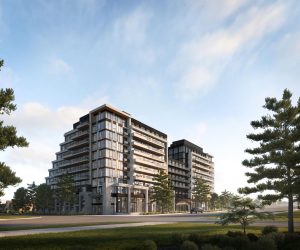 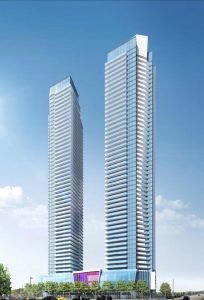 3201 Highway 7, Vaughan, ON
Easton's Group of Hotels , The Gupta Group 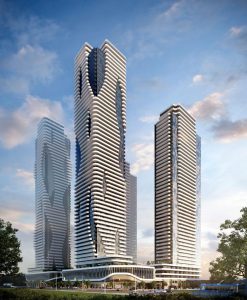 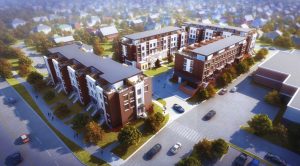 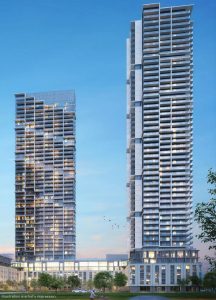 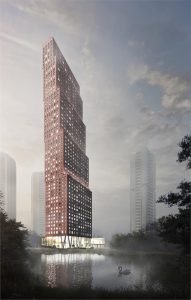 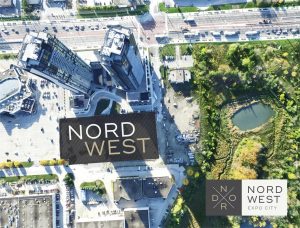 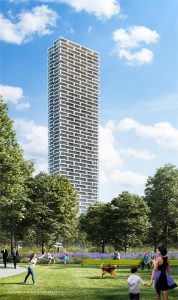 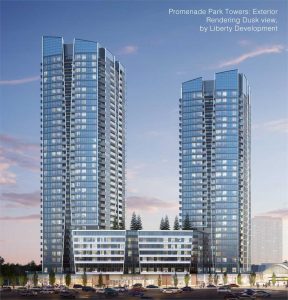 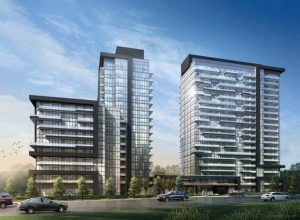 3201 Highway 7, Vaughan, ON
Easton's Group of Hotels , The Gupta Group

Vaughan at a Glance

Vaughan is a city in Ontario, located in the Regional Municipality of York, just north of Toronto. It is the 5th largest city in the Greater Toronto Area, and the 17th-largest city in Canada.

Vaughan was the fastest-growing municipality in Canada between 1996 and 2006 with its population increasing by 80.2% during this time period. The Vaughan population has nearly doubled in population since 1991.

With a population of about 335,000 residents, the City of Vaughan continues to be an emerging world-class place to raise a family, start a business and enjoy many attractions and amenities.

The Vaughan Metropolitan Centre is a new 179 hectare (442 acre) central business district under development around the intersection of Highway 7 and Jane Street, at the site of the former hamlet of Edgeley.

When the Township of Vaughan officially became a town in 1971, it was made up of four historic communities (Maple, Kleinburg, Thornhill, and Woodbridge) large enough to have their own village or town centres.

Vaughan committed to building a new business and commercial core distinct for all of them. This commitment became policy in 1998.

This is a neighbourhood that’s undergoing unprecedented revitalization, making this an attractive investment now and for the long term. The area is thriving as a direct result of the recently-opened subway extension (which now terminates at Jane and Highway 7).

Massive redevelopment of the immediate vicinity includes 400 acres of new residential, retail, office, and entertainment space, along with parkland, new streets and a multi-modal transit hub. There are several master-planned communities in the works, including sleek condominium towers, high-end office space, hotels and a retail galleria.

With Toronto real estate becoming increasingly expensive, Vaughan has become a very popular choice for families to raise their children. The city and the surrounding area are home to some of the best and most reputable elementary and secondary schools.

Vaughan residents can connect to subway service via three stations on the Toronto Transit Commission’s Line 1. The Vaughan Metropolitan Centre is the only urban growth centre in the Greater Toronto Area, outside of Toronto, that has subway access and an innovative intermodal transit system.

Vaughan has experienced tremendous job growth over the past 20 years and has the highest ratio of jobs to residents of all cities in the Greater Toronto Area.

Businesses come to Vaughan because of its multimodal connections to downtown Toronto, the Greater Toronto and Hamilton Area (GTHA), and Canadian and international markets.According to the City of Vaughan 2018 Business Satisfaction Survey, location is the number-one attraction for businesses.

Low-density manufacturing and other industrial type activities account for about 45% of the city’s employment base. The Vaughan Metropolitan Centre (VMC) is also poised to be the new financial, innovation and cultural centre of the City of Vaughan.

This walkable, people-focused downtown with direct access to the TTC subway and Highways 400, 407 and 7 is growing faster than expected. It is beyond or on track to reach targets of 12,000 residential units, 1.5 million square feet of commercial office space and 750,000 square feet of new retail space by 2031.

Top companies like KPMG, PwC, GFL Environmental, Harley-Davidson Canada and Miller Thomson have invested in the Vaughan Metropolitan Centre to be near their clients and a highly educated professional workforce.

The City of Vaughan proudly celebrates tourism, arts and culture as a vital part of civic life, fundamental to building a diverse and purposeful city. Vaughan’s diverse arts and culture scene has helped us attract visitors from within our borders and beyond to explore and experience our exciting city.

The City offers various art and cultural programs and events for residents and visitors to enjoy.

Highlights include the  City Playhouse Theatre where excitement, entertainment and education meet. This multi-purpose 386-seat theatre is the perfect place to enjoy a live performance, explore performing arts through Academy programs, or host your own event.

Green spaces in and around Vaughan include the Boyd Conservation Area,  a suburban land preserve owned and operated by the Toronto and Region Conservation Authority in the city of Vaughan, Regional Municipality of York, Ontario, Canada.

This is a moderate-size park that offers facilities for numerous outdoor activities. The park is situated in the Humber River valley. Public operations run between late April and early October, and are funded in part by nominal fees to access the park.

Optionally, individuals or families may acquire a membership, which provides access to a number of parks operated by the Conservation Authority. A little known fact concerning the park is that, upon its creation, it was given the unofficial motto “Natura exorno omnis nos postulo” (praise worthy nature is all we need).

Alternatively explore the 200 acres of North Maple Regional Park (Phase 1 of a larger 900 acres site). Parking can be accessed at the entrance on the east side of Keele Street between Teston Road and Kirby Road.

Surrounded by the natural setting of the Oak Ridges Moraine and Don River, this park has an accessible trail with a granular surface. Amenities at the site include parking and temporary washrooms. Washrooms, change rooms and concessions buildings are also onsite.

With the development boom that began in the 1980s, subdivisions, made up mostly of

Today, Vaughan’s communities are primarily a blend of old and new, with the original

farming-based, individual traditional villages expanded by the addition of vast tracts of

It’s always hard to tell what will happen to property prices in the future, but over the last three months the properties available for purchase in Vaughan have dried up which would tend to indicate that demand is higher than the supply of new properties.

Current Vaughan MLS® stats indicate an average house price of $1,117,657 and 894 new listings in the last 28 days. As of today, Vaughan housing data shows median days on market for a home is 17 days.

Results from the 2018 Citizen Satisfaction Survey reveal 97%  of Vaughan residents agree the quality of life is good here. The majority of citizens also cite a strong sense of community and belonging, with 92% saying they are proud to be from Vaughan and 91% saying it is a welcoming city.